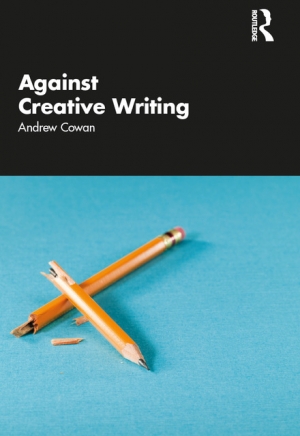 “Beginning with the question of whether writing can or ought to be taught, it looks in turn at the justifications for BA, MA, and PhD courses, and concludes with the divided role of the writer who teaches. It argues in favour of Creative Writing as a form of hands-on literary education at undergraduate level and a form of literary apprenticeship at graduate level, especially in widening access to new voices. It argues against those forms of Creative Writing that lose sight of literary values – as seen in the proliferation of curricular couplings with non-literary subjects, or the increasing emphasis on developing skills for future employment.

“Against Creative Writing, written by a writer, is addressed to other writers, inside or outside the academy, at undergraduate or graduate level, whether ‘creative’ or ‘critical’.”

Buy from Amazon
Buy from Routledge
Buy from Hive